Little House on the Prairie by Laura Ingalls Wilder

I fondly remember reading the entire Little House series and was beyond excited when, as a fourth grader, the Little House television series debuted. I chose to reread Little House on the Prairie based on this nostalgia and also to view it through the lens of recent controversy over the depictions of Native Americans and Blacks. But the real shock I experienced was the constant danger in which the family was placed during their pioneering venture.

I truly have to wonder what Pa Ingalls was thinking to take a woman, two little girls, a baby, and a bulldog away from all extended family forever to embark alone in a covered wagon without even joining the safety and comradery of a wagon train on the basis of a rumor from Washington, D.C. that pioneers were going to be allowed to settle in Indian Territory. So it happens that he decides to plop down three miles into Osage territory and build his house within yards of an active Indian Trail. Reading as an adult, I was full of anxiety each time Pa left Ma and the girls alone to hunt or travel to the nearest town 40 miles away. Each chapter describes a terrifying event, including a chimney fire, prairie fires, nearby Indian gatherings that go on for days, with nights filled with blood-curdling war cries, their cabin surrounded by a wolf pack, a panther lurking nearby, and Indians walking in the house unannounced and taking food when Pa was away. Not to mention the entire family almost succumbing to malaria and the risk of serious injury from Pa single-handedly cutting down trees and fashioning logs to build the house. I found it terrifying and certainly not the charming adventures I remembered from childhood. Then after planting their crops and spending only one year in this location, word gets around that a new Indian treaty has been signed and settlers within Indian Territory will be forced to move. Pa says they will be leaving the next morning and they pack up what will fit in the wagon and are back on the trail headed to who knows where.

It is amazing to me that Laura Ingalls Wilder was able to write these stories in later life without experiencing significant post-traumatic stress syndrome! Instead of a sweet stroll down memory lane, this reading challenge gave me new perspective into the extreme challenges faced by American pioneers and the remarkable fortitude they possessed.

Holly
Youth Specialist
#WeKnowBooks
Posted by FCPL at 11:41 AM

All Forsyth County Public Library locations are open and operating on a regular schedule. The library's business hours are posted at www... 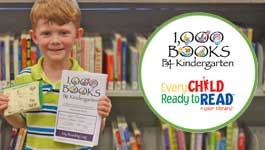